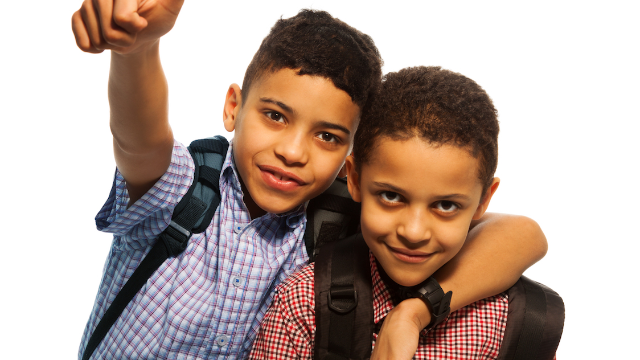 This dad reached out to the kid bullying his son and everyone learned a lesson.

When most parents catch wind of a child bullying their kid, their go-to response involves reactionary violence or a stern talking to the parents of said bully. If it's your baby you're protecting, why not bring out the big guns?!

However, the cycle of abuse and bullying is never that simple. In most cases, coming for the bully will only exacerbate the problem and perpetuate their own acts of cruelty. So, when Aubrey Fontenot heard his 8-year-old son Jordan was getting bullied by another boy at school named Tamarion, he decided to step back and take the high road.

After receiving permission from Tamarion's family, Fontenot picked up the boy for a drive around Houston so they could talk about why he'd been bullying Jordan. It didn't take long for Fontenot to find out Tamarion was lashing out because he'd been bullied by other kids for not having clean clothes. When Fontenot called Tamarion's mother, it was revealed they were temporarily homeless and having a a hard time stabilizing financially.