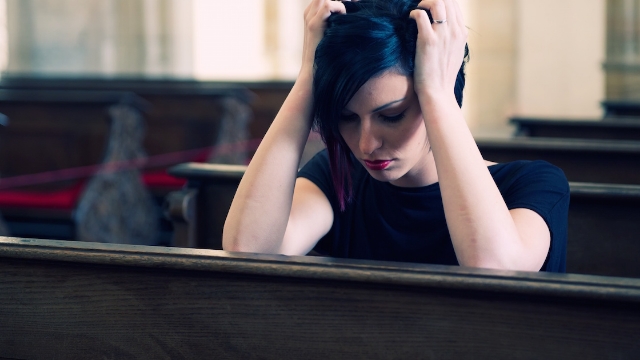 Dad asks if he's wrong to side with teen daughter who cussed out woman at church.

A lot of people treat pregnant women like public property, which is dehumanizing and bad enough on its own, but even worse when the person they approach isn't pregnant.

Basic etiquette demands we treat people politely even when they are supremely out of line, but should sick teenagers be held to those same standards?

In a recent post on the subreddit Am I The *sshole, a dad asked if he's wrong for not punishing his teen daughter after she snapped at a nosy woman at church

"AITA for not disciplining my daughter for laying into a nosy woman at church?"

For context, OP shared that his wife and him recently found out their adopted daughter Sarah has PCOS, which currently means she has a painful ovarian cyst that requires surgery.

Unfortunately, as of now the cyst makes Sarah appear pregnant to onlookers.

My wife and I have one 14 yo adopted daughter, Sarah, which is relevant to the story. We recently found out that she has PCOS, which I'd never heard of before. Part of that is that she has a very large ovarian cyst that requires surgery to remove. The surgery is scheduled and happening soon. Right now, she looks pregnant, which can't be easy on a teenager.