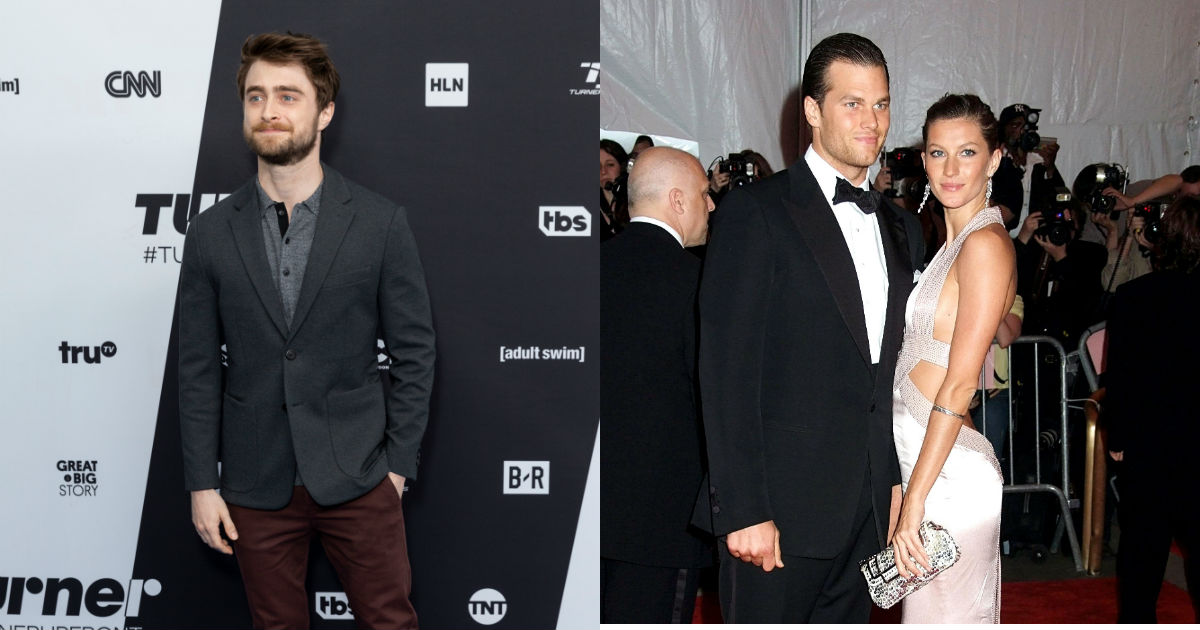 Daniel Radcliffe made a move even bolder than dueling Lord Voldemort by talking about football and politics in one sentence.

Considering he's British and probably doesn't fully grasp the rage of our divided nation on both Trump and Tom Brady, he might just be the fearless leader we all need. In an interview with Variety, Radcliffe challenged the Patriots' winning streak (despite losing last year to The Philadelphia Eagles) and Brady's political beliefs.

Daniel Radcliffe says he’s rooting for the Rams in the #SuperBowl and has a message for Tom Brady: "Take that MAGA hat out your locker" | #Sundance #VarietyStudio presented by @ATT pic.twitter.com/uGI608bP3b

Damn, Daniel! While he's right that Brady has been pretty open about his support of President Trump, the MAGA hat in his locker is a reference to 2015. Apparently Brady was gifted the hat by Trump for judging one of Trump's beauty pageants which is a real eye-roll of an image. When asked about the hat in 2015, Brady said, "So, I’ve known him for a long time and he always gives me a call on different types of motivational speeches at different times. Now that he’s running for president he sent me a hat and he gave it to RKK a couple of weeks ago so it found its way to my locker.’’