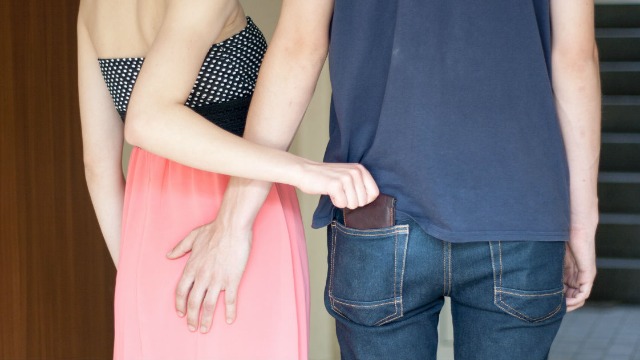 Daughter asks if she was wrong to expose her 'gold digger' mom's hypocrisy after classist comments.

Judging people for how much money they have is never ok, so what do you do when you realize your own mother is a grade A, hypocritical snob?

The internet is a wonderful tool for communication and knowledge, but Reddit can be the underbelly for all of the internet's worst qualities. Trolls, cyber-bullies, and hate speech can be common on Reddit threads, but once you sift through the trash, there are a lot of intriguing gems of family drama.

So, when a daughter was worried she hurt her mom's feelings for calling her a "gold digger" because of the classist judgments she has, people were ready to chime in on the moral compass of the internet also known as "Am I the As*hole?" Wealth (or lack thereof) can definitely be an awkward subject to discuss between families, especially when two people come from largely different backgrounds. The "gold digger" stereotype usually is about a much younger woman trying to marry an old man to inherit his wealth after he dies, but there are many different ways people can take advantage of someone else's money aside from a soap opera scenario. This mom definitely sounds like she knows a thing or two about marrying something for their cash, though...