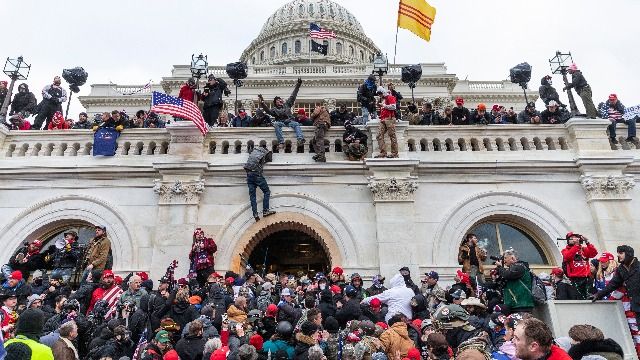 Daughter calls out mom for getting punched in the face as part of the pro-Trump mob.

When 18-year-old Helena Duke spotted her mom getting punched in the face while part of the pro-Trump mob descended on D.C. on January 6th, she wasn't afraid to voice her opinion.

Duke told Newsweek that she had been previously kicked out of the house for attending Black Lives Matter protests, and it's ironic that her mother was the one to get into a bloody altercation with a death count.

hi mom remember the time you told me I shouldn’t go to BLM protests bc they could get violent...this you? https://t.co/9ZkbAq0ehO

In the video, the Mob Mom, Theresa Duke, smacks down the phone of a black woman police officer, and is promptly smacked down herself.

Duke provided a personal photo to confirm that the woman in the video is indeed her mother.