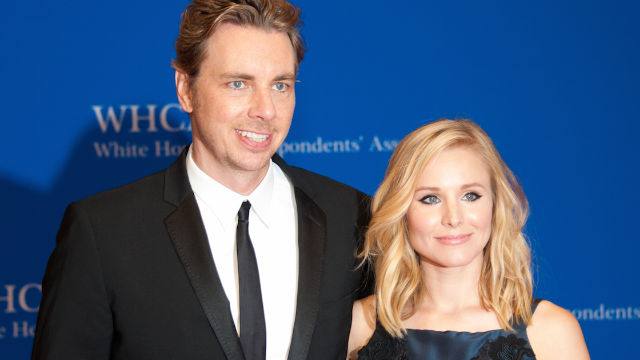 Dax Shepard and Kristen Bell's kids had the funniest response to finding out their parents are famous.

During an appearance on the Late Show with Stephen Colbert this week, Dax Shepard shared how his and Kristen Bell's daughters found out their parents were famous, and how the 4-year-old and 6-year-old processed the news.

The anecdote started when Colbert asked if the kids realized their parents were A-listers, to which Shepard replied: "Okay, that is an interesting question."

He went on to share that the girls have known their parents act for awhile, but it wasn't until recently that they put the picture of fame together.

"They know that mom is Princess Anna from Frozen. They know that. They understand it, they've been to set. They've seen us work. They have seen billboards around town. And people have taken photos of us when we're out and about. But I was talking to my daughter, and she said, 'Why do people listen to (your) podcast? Do they listen for you, or for (the co-host) Monica?"

Shepard told Colbert how he gently told his daughter people likely listened to the podcast because he's famous and people see him on TV, to which she followed up with this very important question: "Does mom know?!"