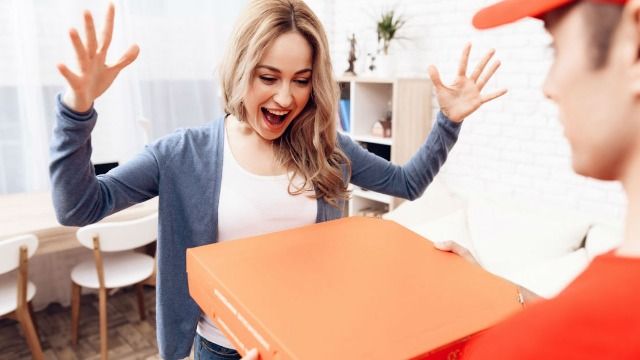 Delivery guy asks if he was wrong to deliver pizza last to bad customer.

Delivering pizza can be a journey in angry, tipsy house parties, Karens, getting tipped in beer and accidentally peering into situations you definitely weren't supposed to see.

Sometimes you just can unsee the naked drunk person covered in glitter answering the door at 4 AM after they forgot they even ordered a pizza. While delivering pizza to an outsider might seem like a relaxing job on the road dropping off a food everyone is excited to see, it can also be a serious test of patience and overall faith in humanity.

So, when a frustrated pizza delivery driver decided to consult the moral compass of the internet otherwise known as Reddit's "Am I the As*hole?" about whether or not they were wrong to prioritize good tippers on their route, people were quick to help deem a verdict.

AITA (Am I the As*hole) for delivering a non-tipper's pizza last and then refusing redelivery?

I was the only driver working, due to the restaurant being short staffed.

This one lady ordered, and then two minutes later, two more orders came in. So I had to take a triple.

The first time I delivered to her, she shouted at me to just leave the pizza on the porch. The second time, I just left it there. She didn't pre-tip so there was no chance for me to get a tip when I just left it.