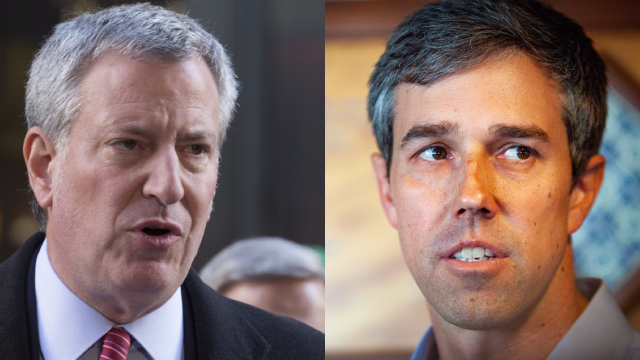 A primer on which white dude is which at tonight's Democratic debate.

Tonight is the first night of the first Democratic debate, airing on NBC, MSNBC, and Telemundo. The field is so large that it's a two-night event, demanding both your Wednesday and your Thursday. Half of the candidates will take the stage in Miami tonight, only half of whom are white men!

NBC announced that the highest-polling candidates featured in the middle, leaving a few of the Anderson Cooper lookalikes bookending the interesting people.

Tonight's debate is being referred to as the "undercard" event, because the high-polling B-boys (Bernie and Biden) don't scream on stage until tomorrow. If you're planning on watching tonight to see Elizabeth Warren whip everyone's a**es, here are the names of the pasty dudes you need to know.