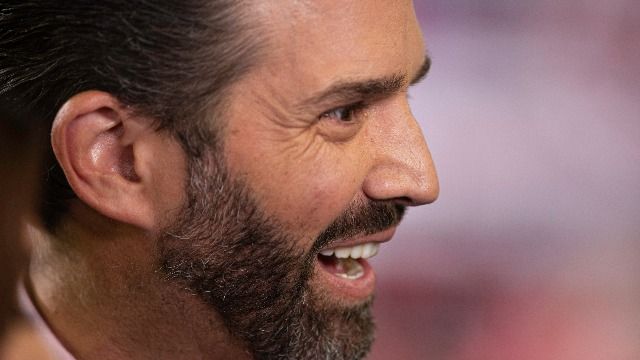 President Joe Biden was inaugurated on January 20th, and Donald Trump Jr. did not have a "Hakuna Matata" attitude. The former First Son and forever simp for his father took to Instagram to express his anger with a metaphor from a kids movie.

Over a prison jumpsuit orange background, the 43-year-old man wrote:

"Remember in the Lion King when Scar cheated to win the title as king? And the pride land was overrun with the hyenas? And All of the lions lost everything they had built and maintained? Just asking. No reason."

Combined with the image of him crying at his father's farewell, it is clear that Don Jr. is having a difficult time coping with the loss of his power.