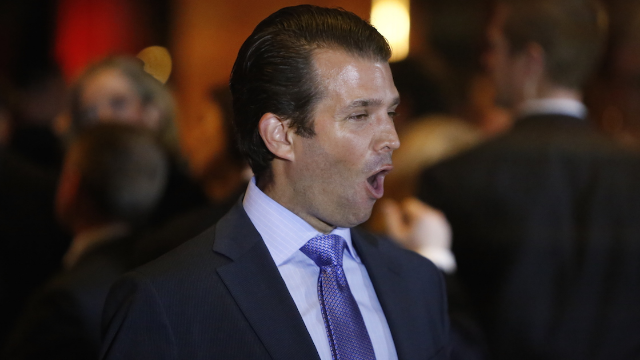 Don Jr’s stoked tweet about being called ‘ignorant’ in the Mueller report proves he didn’t read it.

Donald Turmp Jr. has really upped the ante on how ignorant he presents himself to the general public. On Thursday, special counsel Robert Mueller and his team of investigators revealed they don't plan to prosecute the president's eldest son for collusion because he is "too ignorant to violate election laws."

The conclusion expressed in in the Mueller report did not name 41-year-old Don Jr. as innocent, but rather, too dim to knowingly break campaign laws:

"The Office determined that the government would not be likely to obtain and sustain a conviction for two other reasons: first, the Office did not obtain admissible evidence likely to meet the government's burden to prove beyond a reasonable doubt that these individuals acted 'willfully,' i.e., with general knowledge of the illegality of their conduct; and, second, the government would likely encounter difficulty in proving beyond a reasonable doubt that the value of the promised information exceeded the threshold for a criminal violation."