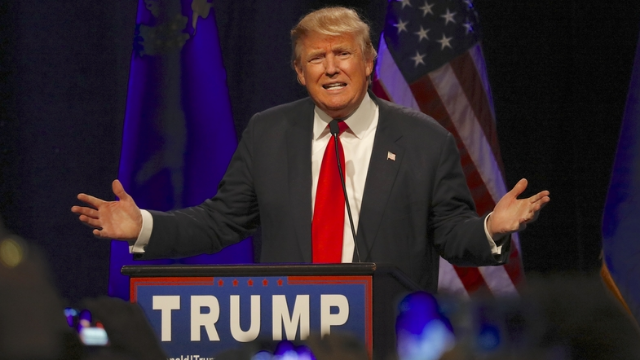 Trump makes 'Prince of Whales' flub trying to cover his a** over his willingness to collude in 2020.

It's not fair. The president was being borderline treasonous, announcing open season on American politics to foreign intelligence services, and he had to ruin it with a hilariously dumb mistake.

Donald Trump told George Stephanopoulos that even though the FBI says to call the FBI if a rival government seeks to aid your political campaign, he would be down to hear any and all information that'll help him stay in power.

EXCLUSIVE: Pres. Trump tells @GStephanopoulos he wouldn't necessarily alert the FBI if approached by foreign figures with information on his 2020 opponent: "It’s not an interference. They have information. I think I’d take it." https://t.co/yWRxMOaFqW pic.twitter.com/qwLw53s5yc

After outrage from Americans calling the enthusiasm for compromising the integrity of the election an impeachable offense, Trump took to Twitter to say that collusion is just another type of diplomacy. According to the Very Stable Genius, having tea with the Queen of England would be no different than getting campaign assistance from former KGB agent and current dictator Vladimir Putin.