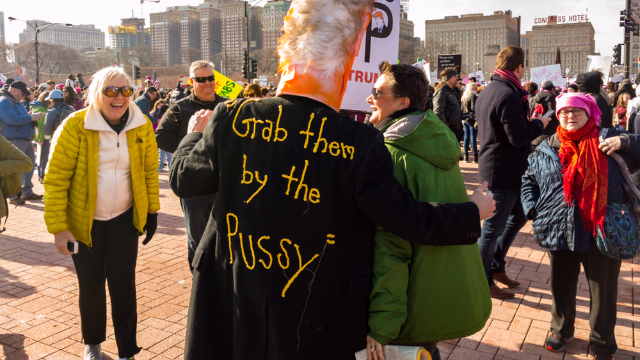 Trump responds to the latest rape allegation like only a rapist would.

The President of the United States responded to a woman accusing him of rape not by denouncing the severity of sexual violence and insisting that it is something that he would never do but by criticizing the accuser's looks and implying that rape is about attraction.

Advice columnist E. Jean Carroll described her alleged attack by President Trump in harrowing detail. In an interview with The Hill, Trump said that Carroll is too ugly to rape:

“I’ll say it with great respect: Number one, she’s not my type. Number two, it never happened. It never happened, OK?” the president said while seated behind the Resolute Desk in the Oval Office.

When Carroll's story went public on Friday, the White House insisted that the two had never even met, even though there is evidence to the contrary.

Trump issued a statement denying that he ever met E. Jean Carroll. Here is a photograph of them together: pic.twitter.com/2ipiefnvxh