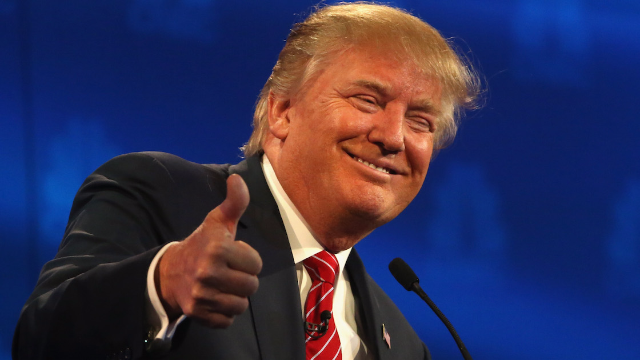 Trump's ISIS map is the meme of the day.

In a show-and-tell outside the White House, President Donald Trump whipped out maps to tell the press that ISIS has been defeated. That would be awesome if true, but according to The New York Times, Trump is—wait for it—lying.

Asked about eliminating ISIS in Syria, Pres Trump pulls out two maps that show ISIS sites in red on the day he was elected, and the bottom map shows only a tiny red spot for ISIS that he says will be "gone by tonight." pic.twitter.com/aqA0V9pkRv

The Times reports that there continues to be fighting between the extremist group and American-backed Syrian forces, and it's unlikely that the war will wrap up by the end of the day.

It was difficult for the internet to focus on the particular lie when Trump gave such an obvious gift to meme-makers: the