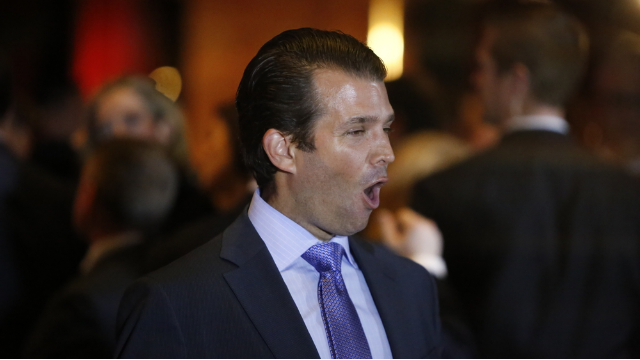 Don Jr. mocked Joe Biden for doing something his dad did a second later.

Donald Trump kicked off his re-election campaign with a cult ritual rally in Orlando, Florida, and it was both a 2016 flashback and terrifying omen for the next 18 months of our lives.

Proud Boys and other white supremacists were pumped to see their president, flashing white power signs on the streets of Orlando, an insult to Mickey Mouse, who lives just a few miles away.

The president's 76-minute ramble included fear, lies, threats, and more lies, and was preceded by his family of warm up acts doing their best impressions of him.

With the swagger of a bully from the rich kids camp across the lake and the cadence of a comic at a Comedy Central roast, Don Jr. mocked Biden for having not cured cancer yet.