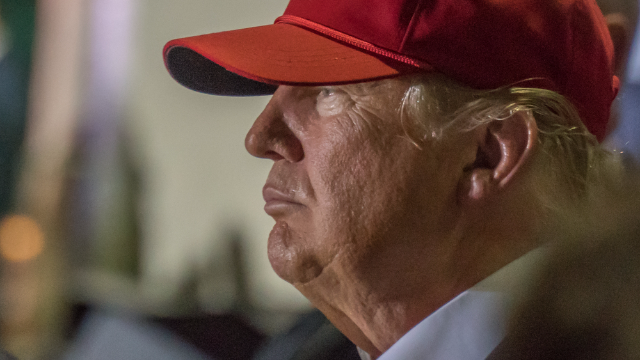 Trump is branded 'Billion Dollar Loser' after damning financial report. His response only made it worse.

Donald Trump is having A Day.

The "failing" New York Times posted a comprehensive report on Trump's tax information from 1985 to 1994, and it revealed over $1 billion dollars in business losses.

To paraphrase Justin Timberlake in The Social Network: You know what's cooler than losing a million dollars? Losing a BILLION dollars.

"The numbers show that in 1985, Mr. Trump reported losses of $46.1 million from his core businesses — largely casinos, hotels and retail space in apartment buildings," the Times reports. "They continued to lose money every year, totaling $1.17 billion in losses for the decade."

His losses were so steep, that he didn't have to pay income taxes for eight whole years.

This is like Arya Stark stabbing the myth of a "self-made billionaire" right in the heart, as the Times detailed a decade of bad business decisions, as well as decadent living.