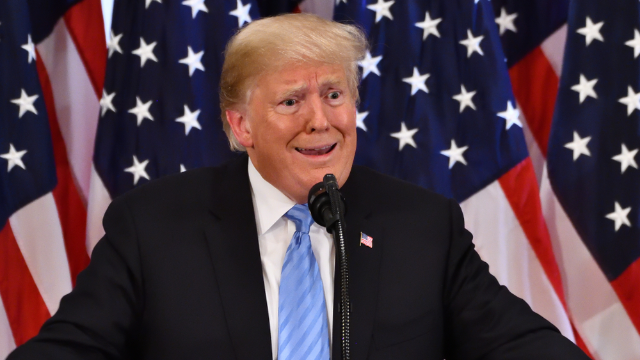 A former staffer on The Celebrity Apprentice is breaking his NDA and spilling the tea on the Trump family. More accurately: he's spilling the speed.

Casler's description of Trump's behavior at beauty pageants is consistent with everything we've seen and heard already:

I worked on a bunch of those beauty pageants he had in the nineties too. That was a good idea, Miss Teen Universe? Yeah, that’s like giving Jeffrey Dahmer a cooking show. He would line up the girls on the side of the stage, and he would inspect them literally, he would stick his little freaking doll fingers in their mouth and look at their teeth. I’m not kidding, this is true, he would line them up like they were pieces of meat. He’d be like, “You, you, and you, if you want to win I’m in the penthouse suite, come and see me.” Yep. If Trump had a cooking show they’d caught the douchebag diet. McDonald’s, chocolate ice cream, and girls that look like Ivanka are all he ever eats.