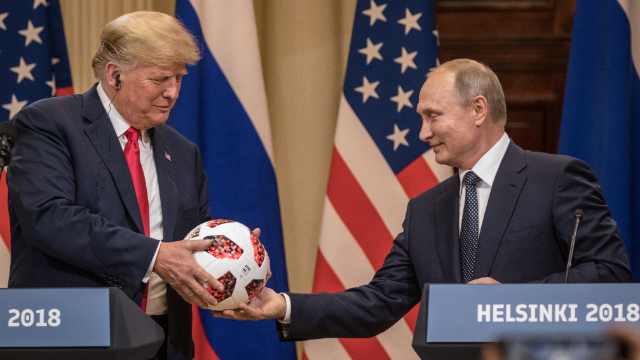 Trump tweeted, deleted, and tweeted again that Russia helped get him elected. Помогите.

Breaking news: President Trump finally tweeted something true. And then he deleted it, and then he tweeted it again, because he's more embarrassed by typos than by Russia helping him get elected.

Not only did Trump tweet something factually correct for the first time, it's something that anyone who cares about American democracy would be absolutely humiliated by.

Trump finally accepted the intelligence community's (and Mueller Report's) conclusion that Russia did, in fact, help get him elected, but y'all need to get over it, libtards!

....say he fought back against this phony crime that didn’t exist, this horrendous false accusation, and he shouldn’t fight back, he should just sit back and take it. Could this be Obstruction? No, Mueller didn’t find Obstruction either. Presidential Harassment!

While Trump finally accepted Mueller's conclusion that Russia interference get him elected, he's in denial about Volume II of the report, which examined Trump's interference with the investigation.