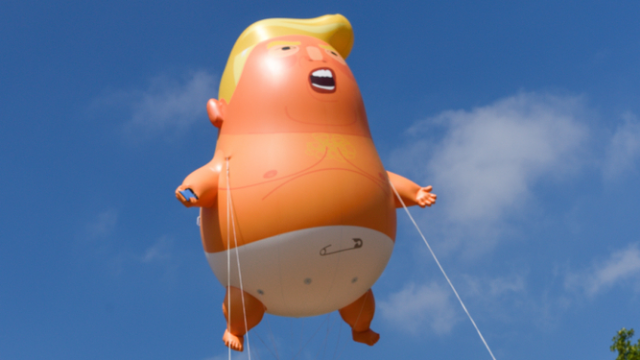 The 13 most bonkers moments from the Trumps' taxpayer-funded vacation/state visit to the UK.

Dreams really do come true: Donald Trump finally got to be celebrated with a banquet at Buckingham Palace, the inspiration for his Trump Tower bathroom, and he brought his adult children with no business being part of a diplomatic delegation to join the fun!

Tiffany Trump's first-ever family vacation seemed like an absolute blast, if you ignore the fact that Trump was denied a photo-op with Prince William, Kate Middleton, and Prince Harry, picked a fight with Bette Midler for some reason, and was greeted with massive jeers on the streets of London.

1. Donald Trump kicked the trip off by calling London mayor Sadiq Khan ("Kahn") a "stone cold loser," as every honored guest does.

....Kahn reminds me very much of our very dumb and incompetent Mayor of NYC, de Blasio, who has also done a terrible job - only half his height. In any event, I look forward to being a great friend to the United Kingdom, and am looking very much forward to my visit. Landing now!