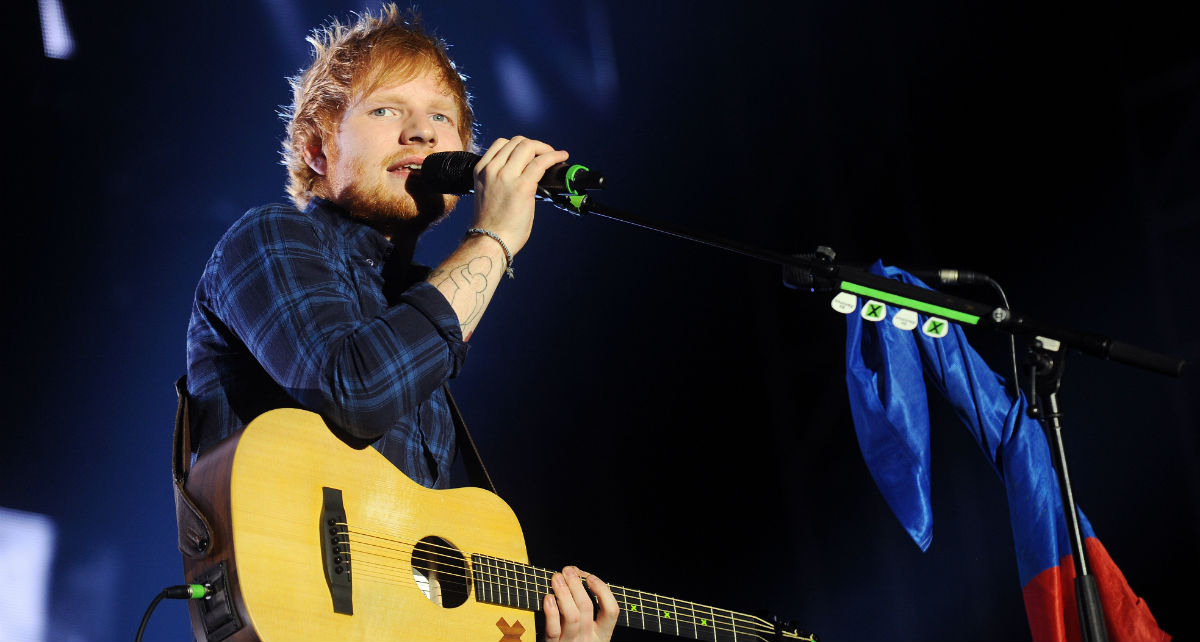 Ed Sheeran also saw that meme of him and Beyoncé. And he responded.

A debate broke out a few days ago about double standards for women's clothing choices versus men's in the entertainment industry, and it was sparked by this performance:

Beyoncé and Ed Sheeran sang at The Global Citizen Festival in South Africa and it was made extra entertaining for people to hear Beyoncé, in an enormous ballgown, sing "you look perfect," to Sheeran, dressed like a stoned high school kid that rolled out of bed on a skateboard.

Granted, Beyoncé's general style is very over-the-top glam regal Queen and Ed Sheeran is known for his casual, no-frills "I'm just the boy with the guitar playing 'Wonderwall' at this party" look. Just because Beyoncé is playing a duet with Ed Sheeran doesn't mean she should have to match his style and he shouldn't be expected to match hers. The debate wasn't necessarily that Sheeran didn't dress up, but more about what is expected of women onstage versus men. If Sheeran showed up in a tuxedo, a luxe watch and a top hat, but Beyoncé entered in a sweatsuit, the comments would probably be much worse. Although, Beyoncé would still look great in a sweatsuit let's be real...