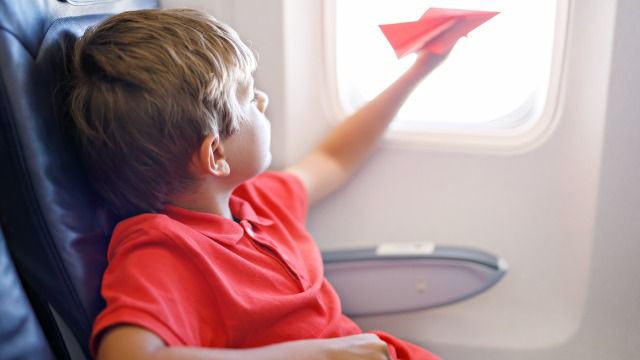 Entitled mom on plane gets shut down after demanding seat mate let son use phone.

Plane rides require a lot of compromise from everyone on board. On every plane, there will be a tall person who doesn't have enough legroom, an exhausted person who can't sleep no matter what, and a parent desperately trying to keep their child entertained.

The unspoken understanding is that everyone aboard the plane must learn to cope in their own way without offloading their discomfort onto others. When this ecosystem of cooperation is disrupted, plane rides can get tense and cranky very quickly.

In a popular post on the Entitled Parents subreddit, user WitchesCoven99 shared a story about their run-in with an entitled parent on a plane.

When OP was seated next to a mother and her 7-year-old son on a packed flight, the mother immediately asked if OP could swap out their window seat for the aisle.

OP obliged, on the condition that the mother took a photo of the outside during take-off.

This happened back in August of 2020 - I was coming back from Budapest to London, England. So I was on a packed plane as other flights to England had been canceled (thanks Covid) and thus was placed next to a mother and child. I was sat in the aisle seat, the mother (our entitled mother) in the middle, and her kid in the window seat. Before the actual entitlement begins she asked if myself and her kid could swap places as I originally had the window seat. I said sure, if she could take some photos of the outside for me when we took off - not bad, ey? She took one blurred photo and passed me my phone back. Thanks. Ah well, I was getting ready to watch a movie on my phone - Venom - which I had not seen yet.