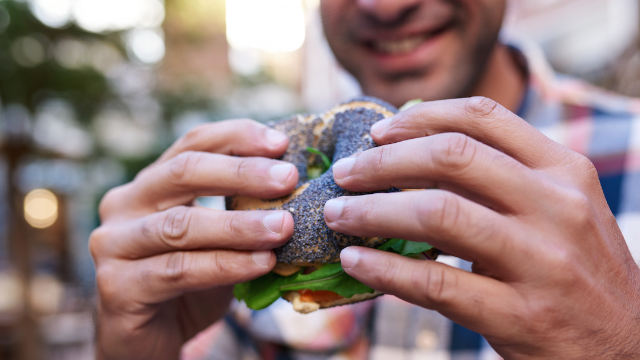 This guy’s epic public meltdown over a bagel sandwich made him go viral and then to jail.

It's impossible to live through adulthood on this spinning dirt ball planet without finding yourself irrationally hangry (when hunger marries anger) at one point or another.

To a truly hangry person, even the mere sight of a delicious sandwich that's not on their plate can incite a world of rage. But even so, most of us haven't violently threatened strangers and gotten ourselves arrested over our querulous lust for a bagel sandwich.

That is, unless you're 24-year-old Edilberto Burgos who was arrested yesterday on charges of second-degree assault and second-degree menacing after he freaked out over a bagel.

As can be seen in this viral video footage, at the beginning of December Burgos terrorized the deli worker Sanjay Patel, of Hi Mango Flushing Avenue Deli in Bushwick when he was told there would be a 5-10 minute wait for his bagel sandwich.