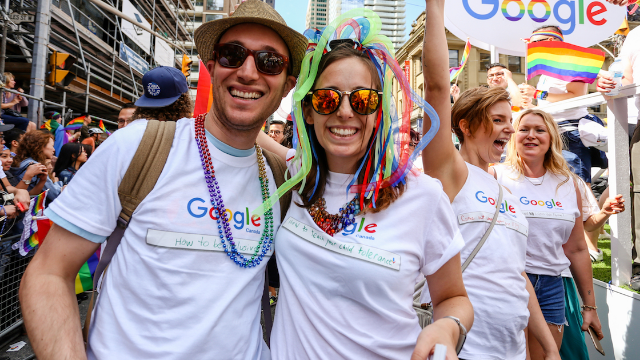 Everyone is dragging Boston's 'straight pride' parade back into the Costco it came from.

Every year when LGBTQIA Pride Month rolls around, there are detractors who make false equivalences and ask the exhausting question: Why isn't there a Straight Pride parade?!

To most people, regardless of sexuality or political standing, it only takes a few minutes of critical thinking to figure out why Straight Pride isn't necessary. Straight people aren't brutalized, mocked and systemically discriminated against.

Roughly 95% of romantic representation in the media centers around straight people and the concept of being forced to "come out" as straight sounds more like an SNL sketch than a reality.

That being said, the city of Boston is begrudgingly gearing up to host a Straight Pride Parade at the end of summer after organizer Mark Sahady threatened a discrimination complaint against Boston for permission to fly their straight pride flag.