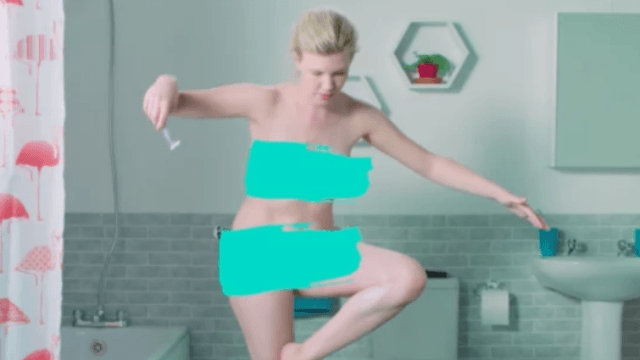 Facebook just banned an ad of a woman shaving her legs. Seriously?!

Facebook has come under fire for refusing to censor some posts (*cough election-hacking Russian trolls cough*) but somehow, Mark Zuckerberg and co. got it together to kick an ad for razors off the site.

The advertisement jokes about the concept of "shoga," combining shaving and yoga to mock the contorted positions it takes to shave your legs. The model is actually a real woman, filming in a real bathroom, as opposed to a model on a soundstage. To give the illusion that she's naked, blue modesty bars were edited on to her body during post-production. In fact, she wore a nude bikini while filming.

Facebook defines adult content as anything "includ[ing] nudity, depictions of people in explicit or suggestive positions, or activities that are overly suggestive or sexually provocative". But the woman here isn't naked or sexually suggestive. The only thing being depicted here is a hint at a woman's naked body.