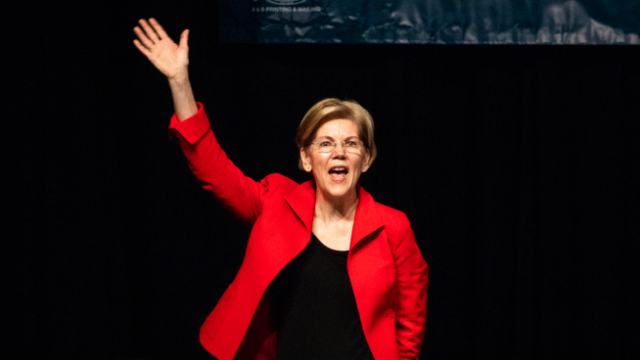 Flexing in Spanish, who did 9/11: the Democratic debate moments worth talking about.

Wednesday night was the first night of the Democratic debate, and the first ten candidates in the race to replace Trump made their pitches in both English in Spanish. Senator Elizabeth Warren, Secretary Julian Castro, and eight other people clashed on mmigration, the economy, and...*checks notes*...who did 9/11?

Here's what your coworkers are going to be talking about at the watercooler (well, Slack).

1. Beto O'Rourke broke out into Spanish and Cory Booker was in awe.

Beto O'Rourke made history by dodging the question asked of him in both Spanish and English, and speaking to both the "Beto" and "O'Rourke" parts of his name.

Cory Booker was clearly jealous that Beto beat him to it, and flexed his elementary Spanish muscles as soon as he got the chance.

WATCH: Booker responds in Spanish when asked what he would do with immigration on Day 1 as president. pic.twitter.com/OeShed2sz1