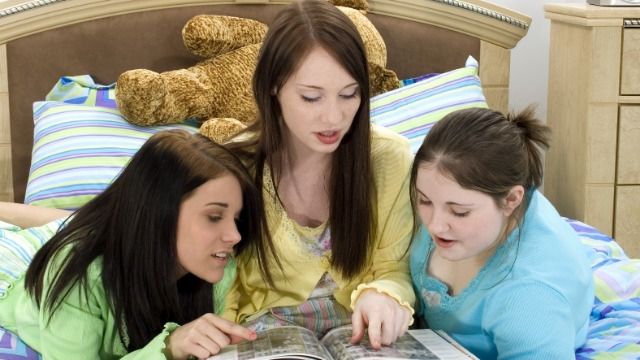 Another day, another dress code violation. But this time, instead of a school sending girls home for the crime of wearing crop tops, administrators are being accused of editing clothing onto girls' bodies to cover them up. Yikes.

Action News Jax of Jacksonville, Florida, reports that parents in the St. Johns County School District are demanding an apology after photos appeared to be altered. Eighty photos appear to be edited, they say, and all of the photos are of girls.

The district said the yearbook photos must follow dress code guidelines and they deemed the 80 pictures inappropriate. Since then, the school district told Action News Jax it was a female yearbook teacher who made that decision.

After constant efforts, no officials have spoken up, while the ninth-grade students are speaking out for change.

“The double standard in the yearbook is more so they looked at our body and thought just a little bit of skin showing is sexual,” ninth-grade student Riley O’Keefe told Action News Jax. “They looked at the boys, for the swim team photos and other sports photos and thought that was fine, and that’s really upsetting and uncomfortable.”