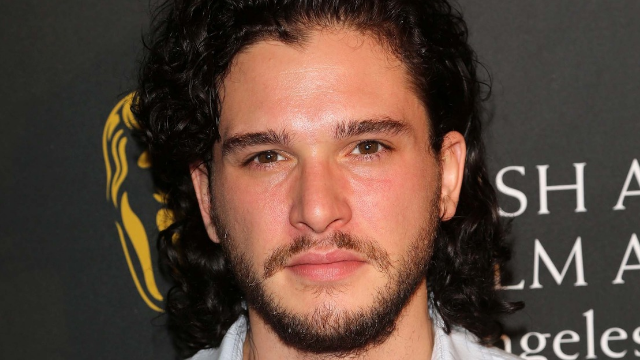 The eighth season of Game of Thrones is just around the corner, and in case we weren't all excited enough, SNL decided to have Kit Harrington host this week. Harrington famously plays Jon Snow on GOT, the noble, stupidly sexy King of the North. For his SNL appearance, Harrington had shaved off his beard, giving us a "prepubescent Jon Snow" look, as he called it during his monologue.

P.S. We still love you but seriously, staaaaahp. #SNL pic.twitter.com/4YUmUvtnxg

Harrington nailed his opening monologue, and did so with a little help from his friends. A few minutes in, Harrington started taking questions from audience members. The first guy (Gary Richardson), like many of us, wanted Harrington to tell him how GOT ends. And when Harrington didn't give in, the next audience member chimed in. The twist? It was Emilia Clarke aka Daenerys Targaryen. Clarke also wanted to know how it all ends because she "forgot" and most of her scenes are with a dragon, which is "just a green screen and tennis ball," so she "has no idea what's going on."