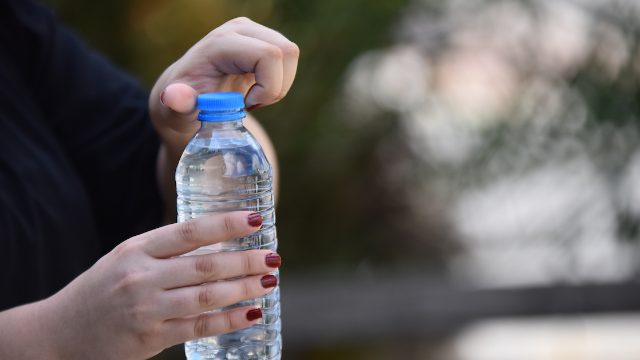 25 tweets about the biggest mistake in the 'Game of Thrones' finale. Besides the writing.

In most cases, new characters aren't introduced in the finale episode of a long-running show. There's really no time to give the proper exposition for a new character to make sense, and there's usually an array of other plot lines and relationships to tie up. However, the show runners for Game of Thrones went off-book with their finale episode by introducing a new character that functioned both autonomously and as a call-back to a recent episode: a plastic water bottle.

In case you missed it, a few weeks back a Starbucks cup made an appearance in Game of Thrones episode, providing the fodder for countless memes and roast jokes about the show runners. And now, in the final episode, eagle-eyed viewers spotted a plastic water bottle in King's Landing.

Could this, perhaps, be some sort of meta statement on consumerism?! Are these easter eggs meant as peek behind-the-curtain of producing an ensemble series?! Better yet, is there some sort of time-traveling element we've all been missing for the duration of the show? As these questions percolate the minds of fans now mourning the loss of their favorite show, the water bottle memes are flowing with more force than water itself.