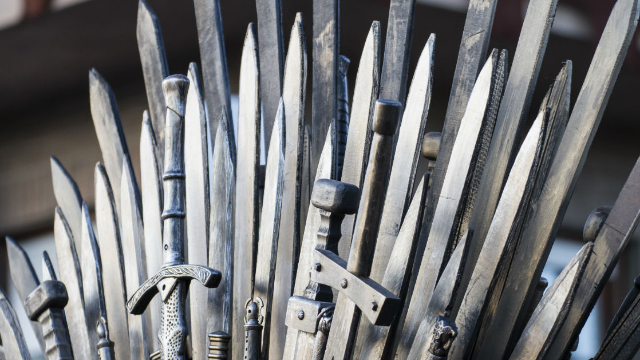 'Game of Thrones' spoiled the finale before the first episode even aired. Here's how.

Our beloved "Game of Thrones" might be over, but that won't stop us from talking about it until we annoy all of our friends and family and end up going crazy in the back of a fantasy section of a library somewhere surrounded by toy dragons, right?

Regardless of how you feel about the finale, there sort of were a lot of signs that Dany might not have been the most just ruler. She wanted power, and power she received. Did we all think she was going to be an angelic and merciful leader when her weapons were three fire-breathing beasts? Come on. Seems unlikely.

While there are petitions to rewrite the ending, it's probably time for all of us to take a step back and accept that the show is over. After all, it's just a show. Spin-off series are definitely coming and there's going to be another book to keep us entertained. However, what if the ending of "Game of Thrones" was in front of our faces all along and we're all just too dumb to pay attention to detail? Because that's exactly what happened.