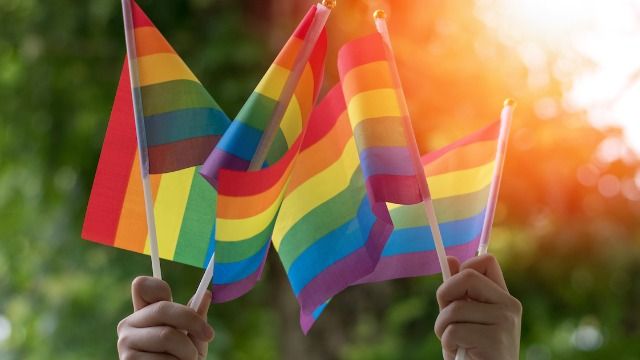 Gay conservative gets shut down after claiming Pride month 'doesn't need to exist.'

A Gay conservative guy on TikTok got educated by an older member of the LGBTQ community after posting a video questioning the need for Pride month.

In his TikTok, Toby Duff talked about how he doesn't think Pride month should exist because being gay is a "new norm" and there is nothing to be celebrated about it. Instead, he suggested we have an entire month to celebrate veterans.

"As a gay man I’ve never understood why Pride month was a thing. Instead of Pride Month, we should have a day — if that. I believe veterans and those that have served our country should have a month-long celebration. Those that have died for the freedom of our country should be the ones that we should be celebrating all month. Being gay is just that, it's just being gay. Who you choose to have sex with has no regard to my life. Do I believe us gay people should have rights, and should have the rights to marry whoever we want to marry? Of course. There's no need to celebrate our sexuality and separate us from society. There's no need for companies to put a gay flag on their logo during June. There's no need to force sexuality down the throats of people who don't want to see it. In today's society, being gay is a new norm and there's no need to celebrate it."