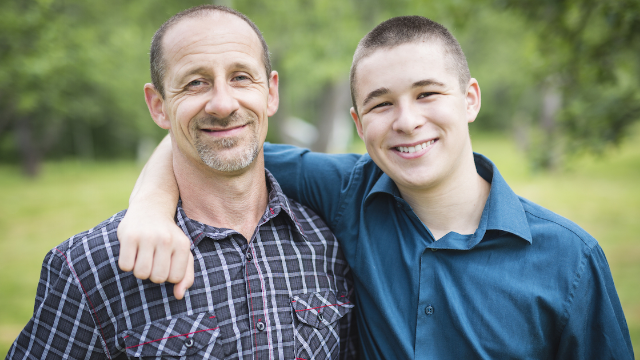 This guy's advice to a stranger on raising a gay son has the internet weeping.

Sadly, most internet stories about a stranger approaching two gay men to ask about their sexuality don't end in happy tears. But this one is an exception in the most refreshing way.

When the Twitter user Jack Remmington and his friend were approached by a strange man in Las Vegas while playing Mariah Carey slots, they weren't surprised he asked if they were gay.

Ok I just experienced the nicest exchange with a stranger and think it’ll help to share: I was playing on the Mariah Carey slots in Vegas (naturally) and a friendly circa-mid-40s ish guy sat down to play on the machine next to me

I was sitting with @marcoalessifilm, both wearing pink (naturally) and after chatting a little to the guy about Vegas, he nervously asked if he could ask us a question. I knew where this was gonna go as it always does so did a bit of an inner eye roll but indulged him anyway

He then asked if we were together so we said no (we’re best friends and he has a fab bf) and he asked if we were gay, so we said yes. He then said he thinks his 13 year old son might be gay and wondered if he could ask us how best for him to navigate that