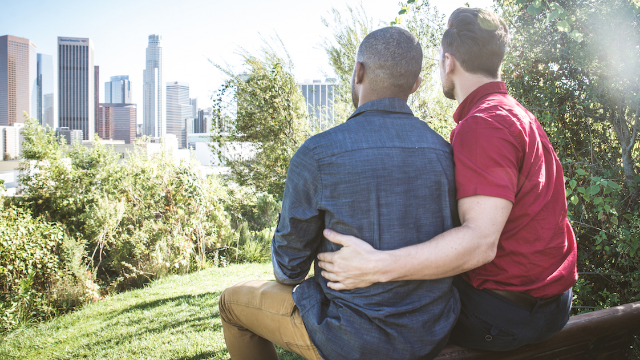 A female PhD student was being sexually harassed, so her boyfriend decided to hit on the harasser.

A phrase hit the internet a few years back that perfectly sums up the homophobia expressed by a lot of straight men. The phrase itself is "Homophobia: The Fear That Gay Men Will Treat You The Way You Treat Women."

Homophobia: the fear that us gay men will treat you straight men the same way you treat women

The phrase itself pretty much says it all: homophobic men often fear they'll be harassed by gay men in the same way women are leered at by men on the street. Unsurprisingly, many of the same men who act confused about the "gray areas" around sexual harassment and consent quickly grasp the concept when another man is harassing them.

Because of this, sometimes the best way to get a man to leave a woman alone is to give him a heaping dose of his own creepy medicine.