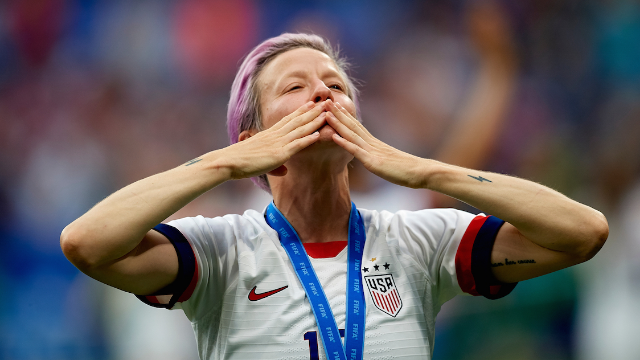 Guy calls Megan Rapinoe an 'arrogant wanker' and gets called a 'fragile hypocrite' by her fans.

Don't come for Megan Rapinoe if she didn't send for you. This should be written down and remembered by every person online who feels tempted to slight her name. Regardless of whether she decides to give a troll the time of day or not, her fans will undoubtedly fill the mentions of anyone who dares cast aspersions on the soccer player's name.

To this very point, a man on Twitter quickly faced the wrath and collective eye-roll of Rapinoe fans when he wrote he dislikes her because she's an "arrogant wanker," not because she's gay.

People were quick to point out the double standard between male and female athletes.

It's super common for male athletes to be applauded for their confidence, yet a lot of people still recoil at the sight of a woman who believes in her skills. Even when she's one of the most accomplished athletes in the entire world.