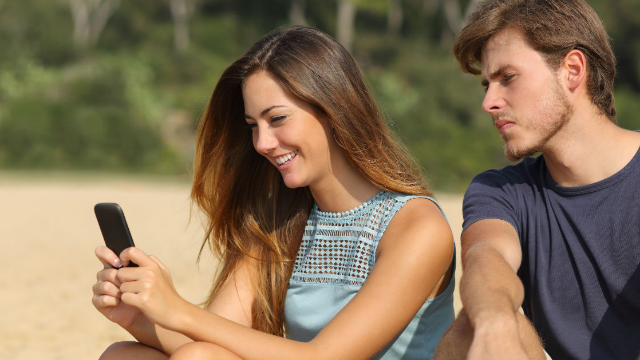 Guy refuses to adopt his wife's children after learning her ex-husband is alive and in prison.

While it's important to do everything you can to protect your children, lying to your partner is always a risk. Many people who have had difficult breakups or divorces consider their exes "dead," but what happens when you actually tell everyone that person is dead? Sounds like the recipe for a Netflix show...

The AITA "Am I The Asshole?" section of Reddit is always an interesting journey into questionable morals. Sometimes, it can make you lose all faith in humanity and the future while other times it can really surprise you. When a man took to the internet to ask about his decision to not adopt his wife's children, people were ready to help...

I am a 35 years old guy, and I was lucky enough to marry my crush (27F) two years ago. We met at work, where she was a receptionist for the big building my company is in. Anyways, she has two daughters, 6 and 7 years old.

When I married my wife, I was a bit iffy at the idea of being a dad so fast and so suddenly to two kids that aren’t mine, but I love my wife so much I am willing to sacrifice my man-time and a portion of my salary to take care of the kids.

To be honest, I’ve had my ups and downs with them (you know, kids) and sometimes I think I’d be happier going back to my “lone wolf” life. But I fully know that this is my life now and I try my best to suck it up and do what I signed up for.

Back to the story: I know the kids dad had died only from my wife’s words and I’ve never had reason to doubt that.

It has been two or three months since she started convincing me that I should adopt them as a birthday gift for both of them (their birthday happens in two consecutive days, coincidence). I’d be fine with that, it’s just paper for what I would do anyways.

I agreed to that and she said she’d get on with the documents. Well fantastic! I thought. I like not having to do anything. What really got me suspicious is how she changed her behavior with her phone and laptop. She started putting the phone face down, and she created a totally different user for her laptop she switches to when she’s with me.

I thought she was cheating so I did what every scumbag like me would do, I spied on her. Long story short, I come to know by a very reliable source that…. her ex-husband isn’t paying alimony anymore as he is in jail with no money to his account. The world crushed on me. First I thought the guy was dead, now I discover he is alive, paying alimony to my wife’s bank account while I was financially providing too.

I confronted my wife and she didn’t deny any of it. She started crying and she was adamant that she did that only for the kids’ well being. She was putting the alimony money he ex was giving her into an account for when the kids will be 18 yo (I have no proof of that). She also said that it was a while since she felt I should adopt them, as they love me and they look up to me. She was firm about stating that nothing happened with her ex husband while she was with me. She said that her ex is "dead" for her by all means. She admitted that she lied, but for good purposes - as she was scared that a guy like me would be scared by her reckless past. That's not who she is anymore, as she is focused on family and on us.

Now, I need to find out more about her ex-husband that’s for sure. I am also furious with my wife for not trusting me enough to come clean about her past. Meanwhile, will I be an asshole if I refuse to adopt the kids (they have a dad and he’s ALIVE!) and if I state that I will retract from them all the financial support in case I decide to get a divorce?

Edit: it's child support not alimony, sorry English is not my first language.