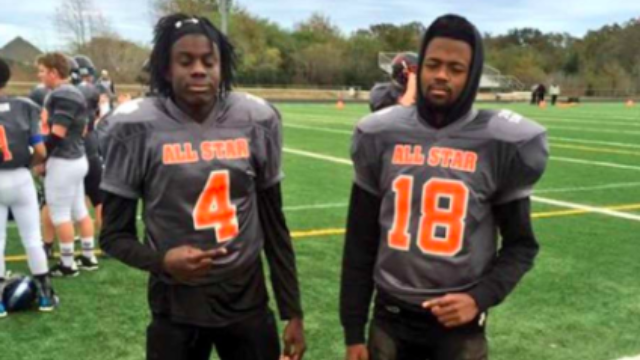 These high school football players were kicked off the team after protesting during the national anthem.

National anthem protests have been sweeping football season, from the NFL to college football to veteran football players. Two Texan high school football players joined in the protests this Friday. In response, their school kicked them off the team.

As the Houston Chronicle reports, cousins Cedric Ingram-Lewis and Larry McCullough of the Two Victory & Praise Christian Academy football team took action during Friday night's national anthem. Ingram-Lewis raised his fist during the song, while McCullough took a knee. Immediately after the song ended, head coach Ronnie Mitchem ordered them off the field and off the team. According to the Chronicle, the team under Mitchem is "churched-based."

"He told us that disrespect will not be tolerated," said Lewis. "He told us to take off our uniform and leave it there."