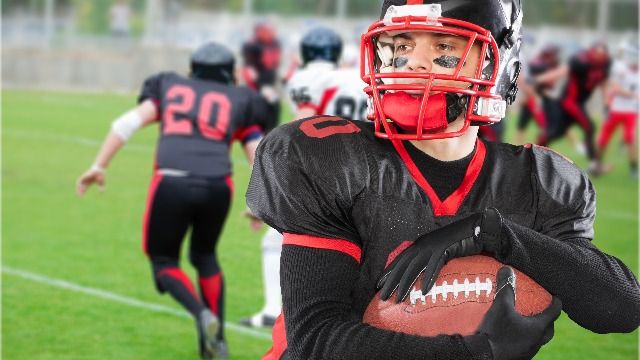 Capitol rioter arrested and mocked after being identified by high school varsity jacket.

A New York man has been charged with both federal crimes and fashion crimes after he was identified as a Capitol rioter because he was wearing his old letterman's jacket. An alleged criminal has never sounded more like a protagonist from a sad Springsteen song.

Brian Gundersen, a former varsity football player for Byram Hills High School in North Castle Township, New York, was part of the mob that tried to overturn the 2020 election for former President Trump. The 26-year-old had graduated from Byram Hills eight years earlier, but was still living his "glory days" through his fashion choices and involvement in violence, not to mention his high school bully-like antics.

The All-American insurrectionist was busted when the police chief of North Castle Township recognized the jacket as one from his community, and reached out to the New York Operations Center of the FBI.