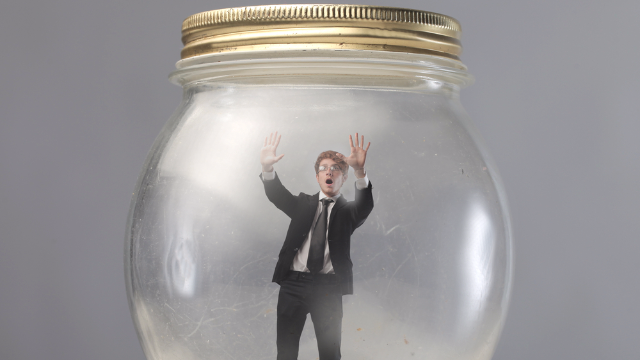 Could 'husband storage pods' be coming to a mall near you?

A mall in China has solved the purportedly ongoing problem of poor, put-upon, "disgruntled" husbands being dragged to the mall and forced to go shopping against their will. A problem which, up until now, I think we were all pretty sure was only an issue for stand-up comics in the late 1980s.

Introducing HUSBAND STORAGE PODS! Yes, the Global Harbour mall in Shanghai has introduced several glass boxes for ladies to put their husbands in while they shop. Glass boxes with video game consuls that let them play retro video games from the 1990s.

The reaction, so far, has been mixed.

A few men that tried out the pods told The Paper that they thought they were a novel idea.

Mr Yang said he thinks the pods are "Really great. I've just played Tekken 3 and felt like I was back at school!"

Another man, Mr Wu, agreed, but said that that he thought there were areas for improvement. "There's no ventilation or air conditioning, I sat playing for five minutes and was drenched in sweat.