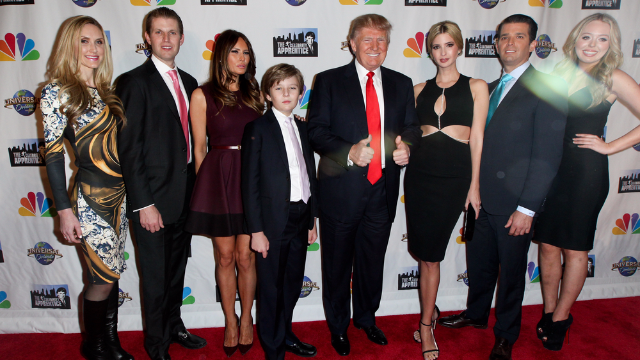 From boos to memes: the Trump family's trip to the UK is not going well for them.

A bumbling pack of fools with no discernible skills who lucked into money and power met the British Royal Family this week, and the commoners of the former colonies are not impressed by their so-called princes and princesses.

The Trump progeny are getting the royal treatment, meaning, they're being scrutinized by the public for their outfit choices and their inability to stand normally!

The fun started early for Princess Ivanka Trump and her consort Jared "I wasn't really involved in that" Kushner who creeped everybody the F out while they waited for Donald to arrive at Buckingham Palace.

Flowers in the Attic. pic.twitter.com/2vLFarWWdI