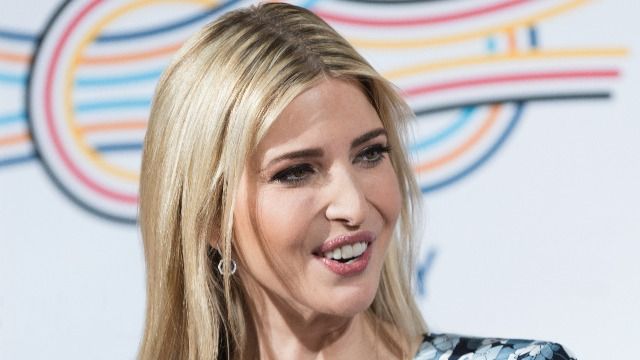 Ivanka Trump mocked for wanting to attend Biden inauguration to 'save her political career.'

The Daily Mail, a known close personal friend of Ivanka Trump, reported that the daughter-turned-presidential advisor who thus bears responsibility for the actions of the White House has decided to attend Joe Biden's inauguration.

Despite the fact that she is not guaranteed an invitation, Ivanka is said to have vowed to go to the event because she worries her "promising political career is in jeopardy" and will do "whatever she can to save her reputation."

'"vanka is convinced that by attending Biden's inauguration she will come across as a good sport and will gain future supporters," the White House source told The Mail.

Her boss/dad, whose refusal to accept that Biden legitimately won caused a deadly riot at the Capitol, is reportedly fuming, saying that this is the "worst decision she could make."

People are roasting Ivanka for both assuming she's invited to the inauguration and thinking that she has a "promising" political career.