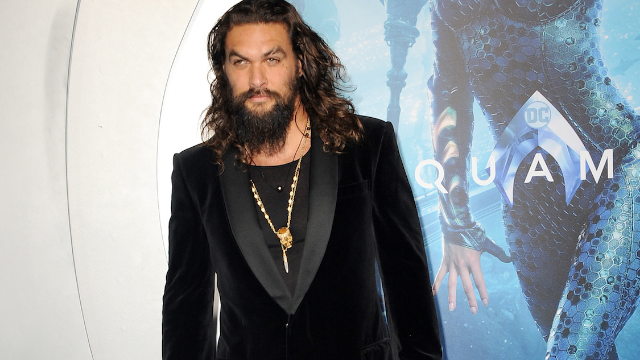 Jason Momoa called out two fishermen who butchered a live shark and laughed about it. Peak Aquaman!

Aquaman aka Jason Momoa, aka the ultimate celebrity crush that transcends gender and species, is not here for the senseless maiming of animals, and he made it abundantly known in a recent Instagram post.

Momoa posted his passionate solidarity with animals shortly after influencer Christel Johr Johansen uploaded a video showing two young fishermen on a boat off the coast of Greenland. In the video, the men greet a Greenland shark and brutally hack off its tail before releasing it back into the sea and yelling "Good luck trying to swim, you punk!"

The men in the video are laughing during the whole ordeal, and obviously don't think twice about brutally torturing an endangered species. Well now, the video has gone viral and people are speaking out against this reckless display of animal cruelty.

Undoubtedly, the most outspoken and well known of the naysayers is Aquaman himself, who made his feelings about the fishermen unequivocally known in a recent Instagram post.