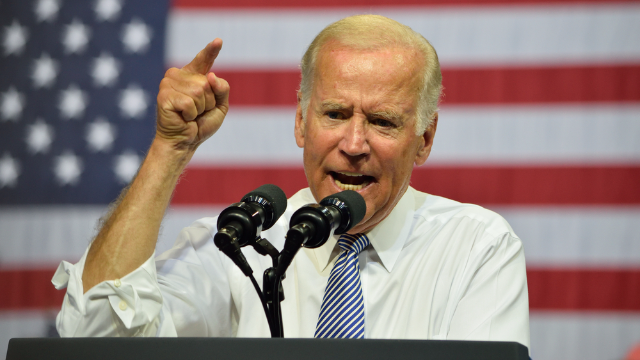 Joe Biden flipping out at an activist has been memeified, young lady.

The former vice president proudly declared that he has "no empathy" for millennials, and it shows. His history with women is a touchy subject—no pun intended—and when a Wisconsin activist asked him to protect assault survivors, he got extremely defensive and all up in her grill (do people still say "all up in your grill"?).

Told Biden we need someone stronger on reproductive justice, and after his reversal on the Hyde Amendment, we asked him to protect assault survivors. He said “nobody has spoken about it, done more, or changed more than I have”. I told him we deserve better. pic.twitter.com/YDtS4Ehs2d

"Nobody has spoken about it, done more, or changed more than I have," a defensive superlative that sounds unsettlingly Trumpian.

The activist, K.C., elaborated on what the interaction was like, and described Biden's finger-wagging as "undeniably an intimidation tactic."