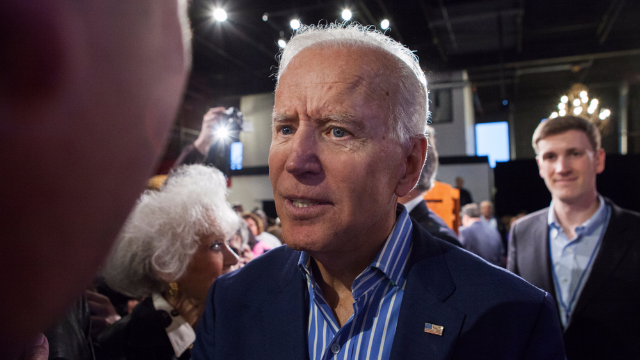 Demolished at the debate and another racist gaffe: A recap of Joe Biden's no good, very bad week.

Joe Biden was the frontrunner to win the Democratic nomination to get cyberbullied by Trump until this week, when a sub-optimal debate performance had donors bailing and people wondering if Uncle Joe was really more of a racist grandpa.

The president is an alleged rapist and proud white supremacist, so naturally every bucket of pee looks golden text to a stinky turd, but Biden's campaign is without-a-doubt floundering with its case that Biden is the guy to take Trump on.

In the most talked-about moment from Thursday's debate, Senator Kamala Harris peeled off his skin and then burned him alive.

"As the only black person on this stage, I would like to speak on the issue of race," Harris began.

In what is likely to be among the most-played soundbites of the next year, Harris addressed Biden directly on his opposition to federally-mandated busing to integrate public schools: