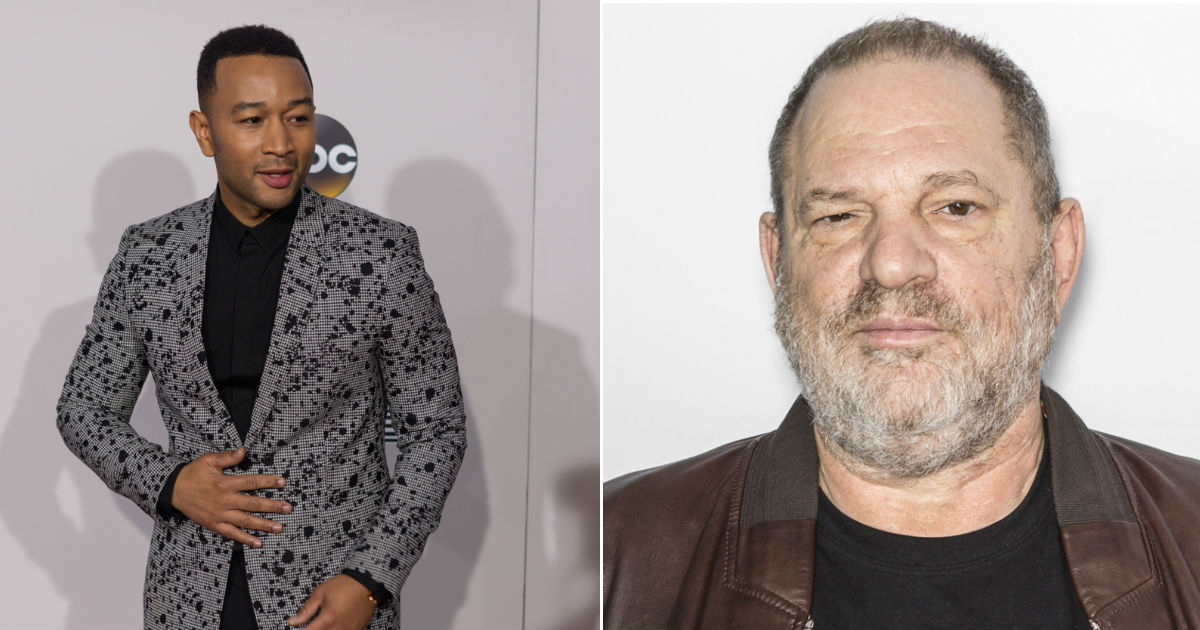 John Legend defends himself after getting dragged for a pic with Harvey Weinstein.

In a time when no one could have predicted that Bill Cosby would be in prison and a reality TV millionaire would be the president, there's really no telling what the future will bring. All we can do is surround ourselves with seemingly good people and hope for the best. Sometimes, though, we choose to work or spend time with people who turn out to be the absolute worst.

John Legend recently got called out on Twitter for an old photo of him with the sexual deviant troll of Hollywood, Harvey Weinstein. While it's totally safe to assume this photo was before Harvey Weinstein's past came back to cancel him, Legend had to confirm that was indeed the case. Considering Legend has built himself a reputation online and in the new docu-series, "Surviving R. Kelly," of supporting victims of sexual violence, it confused some people to see him with Weinstein.