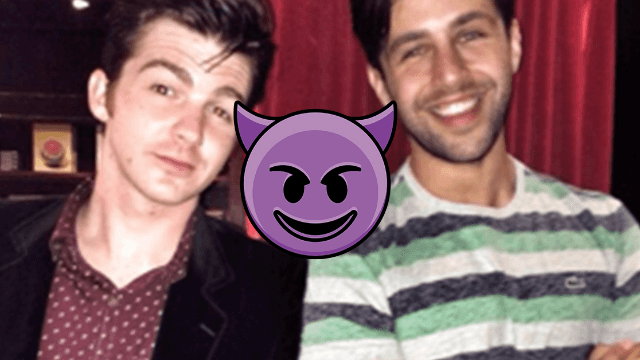 The major headline this week for everyone who ever watched Nickelodeon as a child has been the ongoing beef between Josh Peck and Drake Bell.

Years ago, the two appeared on the hit TV series Drake & Josh, where they played step-brothers and also best friends. But, Josh got married this past week and somehow didn’t invite Drake to his wedding – so, all hell broke loose on the Internet, of course.

Basically, after finding out he wasn’t invited to Josh’s big day, Drake got all salty on Twitter and went on a bit of a rant, causing everyone to question – were they ever really BROTHAS?