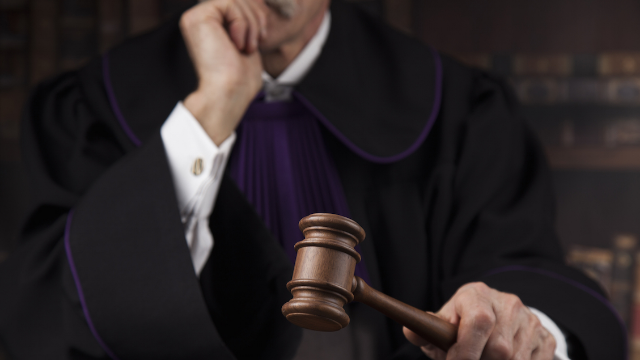 Judge claims teen rapist should be given leniency because he 'comes from a good family.'

The According to a New York Times article, a family court judge has continually showed leniency to a 16-year-old boy who raped a 16-year-old girl because he is "from a good family," who "put him into an excellent school where he is doing extremely well." The judge also said that it should have been explained to the victim that pressing charges would ruin the boy's life.

The assault happened at a pajama party in New Jersey, where the victim was heavily intoxicated. The boy filmed himself penetrating her from behind, and sent out the video he took as a text with the words, "When your first time having sex was rape." In the video, the girl's head is seen hanging down, and her torso exposed.

But Judge James Troiano said that this wasn't rape, claiming rape is something that is reserved for cases where the victim is held at gunpoint. This, he claims, is sexual assault, and should be treated differently.