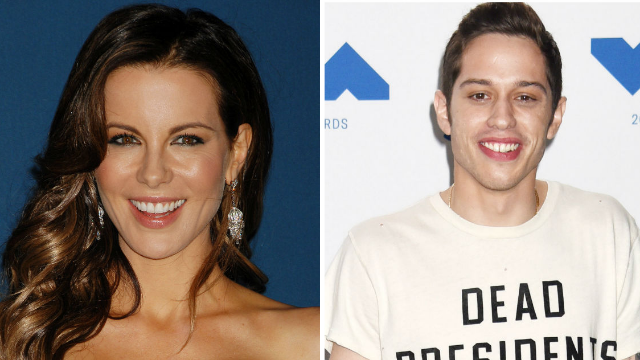 Rumors are one of the most self-sustaining forms of energy. Truly, if we could fuel our cars, planes, and electricity with rumors - the energy crisis as we know it could be solved, and maybe, just maybe - the planet could survive a few more decades of human wreckage.

But alas, as of now, rumors merely serve to entertain and distract us from bigger issues in the world, and for that, I thank them.

A current and unsubstantiated rumor circling about the web involves Kate Beckinsale and Pete Davidson and some possible flirting action?! Basically, both stars were at the Golden Globes after parties and a few sources have said they were making eyes.

One source told Page Six they were engaging in very obvious physical flirting.