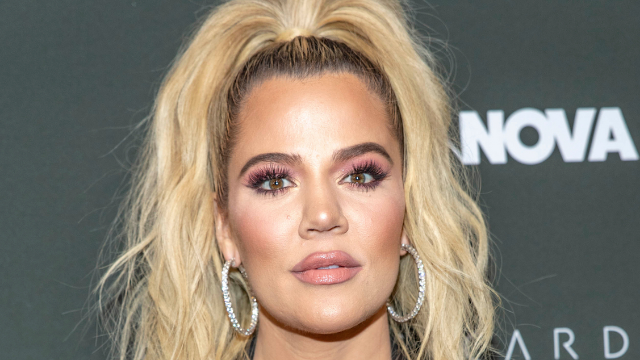 Khloe Kardashian and Robin Thicke were seen getting close in a video and people have theories.

Sure, there are plenty of things going on in America right now *cough The Mueller Report cough*, but somehow the petty details of what Khloe Kardashain does at a birthday party are still making headlines. This is what I like to call the Kurse of the Kardashians. It's their world and we're all just living in it watching it from our couches.

As you may recall, Khloe made news by simply ignoring her ex at their daughter's birthday party. Now, the tables have turned and Khloe has been caught on camera "getting close" with Robin Thicke at Kourtney Kardashian's birthday party. And by getting close we of course me hugging and talking as friends. *Clutches pearls*

The two were spotted in the background of a Snapchat, which a fan posted to Instagram. The caption predicted that people would see this video as a sign that the two were getting hot and heavy, and they weren't wrong.