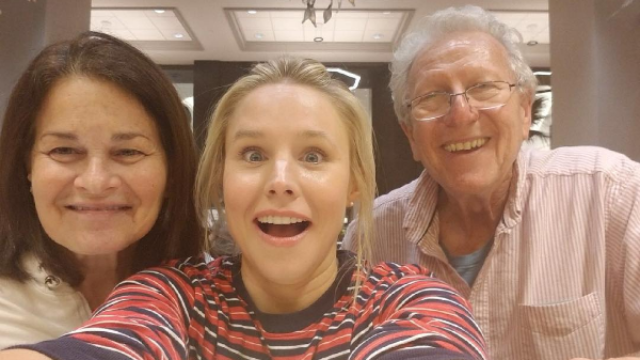 In Disney's Frozen Kristen Bell plays the hero Anna who saves the land from an ice curse through the sheer power of her love for her sister (and also lots of climbing and traveling). And now, according to a report from The Huffington Post, Bell made her mark as a hero in real life when she saved her Frozen co-star Josh Gad's parents from Hurricane Irma.

On Friday, Bell was on-set in Orlando for her upcoming movie Like Father, when she found herself stranded because of the incoming Hurricane Irma. Rather than hole herself up in an icy castle of repressed feelings like her fictional Disney sister Elsa, Bell went the Anna route and helped others.

Since she didn't have time to evacuate, Bell was forced to stay at the Walt Disney World Swan and Dolphin Resort.

When Bell realized Gad's family was also stranded, she got them rooms at the hotel.