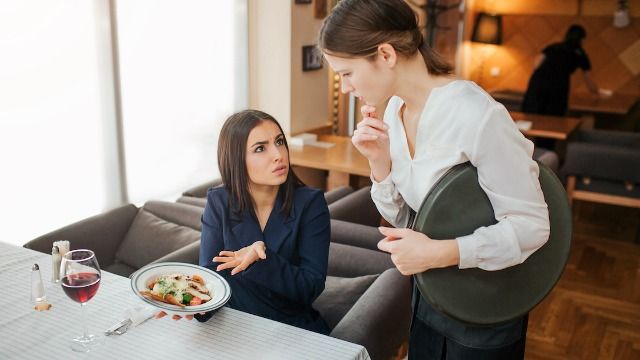 Man asks if he was wrong to break up friend's engagement by outing fiancé as 'Karen.'

The stereotype of a "Karen" asking to talk to the manager about every missing side of Ranch dressing and leaving a trail of entitled, lengthy horror poems all over Yelp can unfortunately sometimes be very real.

Whether or not people treat retail and service workers with respect can be a serious glimpse into someone's character. If you're considering marrying someone who screams at baristas who don't spell their name correctly on their cup of mostly sugar and foam, you might be making a huge mistake.

Being honest with friends about how you truly feel about their partners can be awkward, especially considering how difficult it is to know the dynamics of a relationship behind closed doors. It's not exactly a fun brunch conversation to tell your best friend the person they're choosing the spend the rest of their life has been the subject of a private group chat since the office holiday party. "We hate your boyfriend, who wants more mimosas?"

So, when a conflicted man decided to consult the online courtroom of moral philosophy otherwise known as Reddit's "Am I the As*hole" about whether or not he was wrong to "ruin" his friend's relationship over a Grade-A "Karen" moment, people were quick to help deem a verdict.