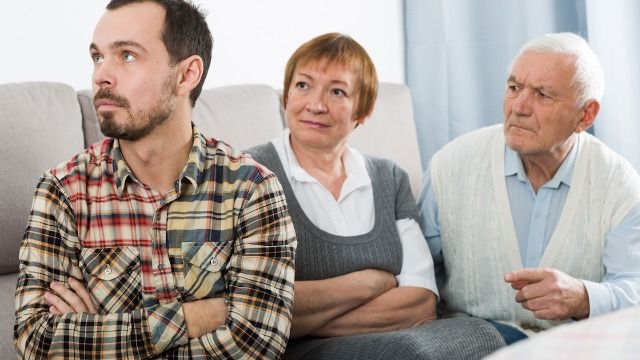 Man asks if he was wrong for calling fiancés parents 'gold diggers.'

Discussing finances and money can be an awkward dinner conversation with your future in-laws, especially when everyone at the table has different opinions on what is and isn't a strictly private subject...

So, when a frustrated man decided to consult the moral compass of the internet otherwise known as Reddit's "Am I the As*hole?" about refusing to reveal his income to his in-laws, people were there to help deem a verdict.

AITA (Am I the As*hole) for calling my in-laws gold-diggers for insisting to know how much my new job pays?

I'm (M28) Canadian and my fiancée (F26) and her family are from Latin America. My mother-in-law and father-in-law found out about my new job and wanted to have a "private" conversation with me without my fiancée so they invited me to their house.

They invited me into their guest room. My father-in-law asked me to leave my phone and keys at the dinning table. They started talking about my new job. They had no idea how much I get paid and asked me to tell them about my salary but I politely declined to tell them. They asked why, I just bluntly told them it was none of their business. Father-in-law chimed in saying "you're marrying my daughter, damn right it's my business" and kept on about making his daughter's future's secured.