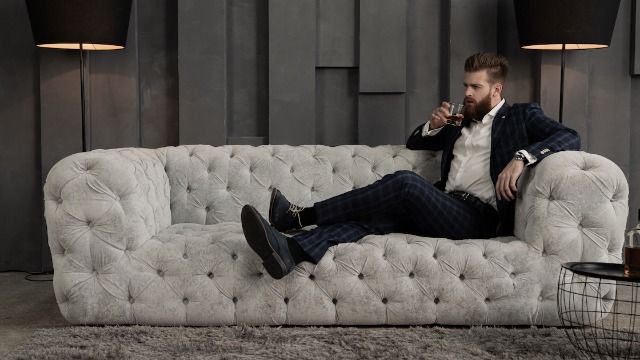 Man asks if he's wrong to drink whiskey at work after boss reported him to HR.

Romanticizing the "work hard, play hard" and "weekend warrior" mindsets can sometimes be dangerous, especially if sipping cocktails from your corner office in a suit is the only reason you go to work.

There's a reason modern workplaces don't model their office culture on 1960s whiskey-sipping men and their romances with beauty queen secretaries. While it's fun to watch movies and television shows featuring vintage costumes and witty, brooding characters thriving in old New York, rampant racism and sexism are just a few of the glaring problems with outdated work environments.

Starting a morning meeting off with a scotch probably isn't the most productive choice, regardless of how cool it might make you to look to the interns. So, when a hardcore "Mad Men" fan decided to consult the online courtroom of moral philosophy otherwise known as Reddit's "Am I the As*hole" about whether or not he was wrong to casually sip hard liquor in the morning at work, people were quick to help deem a verdict.

AITA (Am I the As*hole) for drinking whiskey in the office at 10:30 in the morning?

I (38M) work a stressful job in finance. After years of climbing my way up the corporate ladder, I finally became a VP at my firm - which comes with its own office!